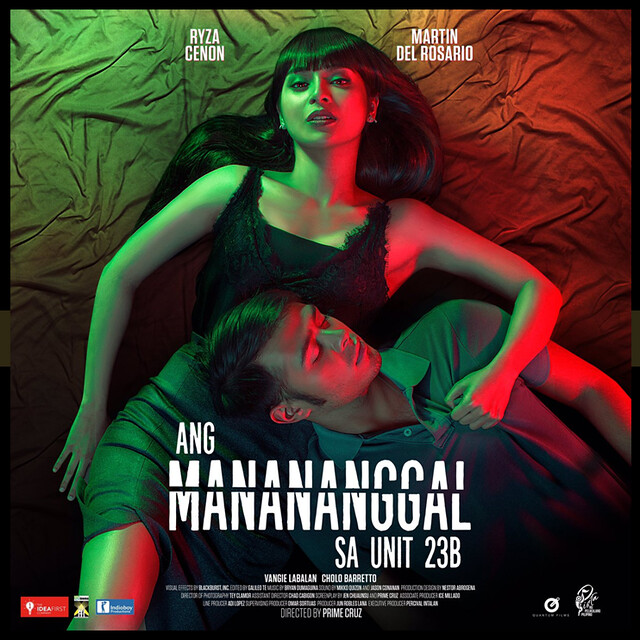 Unlike the usual manananggal movies, Ang Manananggal sa Unit 23B centers the viewer’s attention to the viewpoint of the victimizer (the manananggal) rather than on the victim.

Director Prime Cruz is known to incorporate a lot of signs and symbols like in his movie, Sleepless. Packed with a lot of symbolism, the movie’s greatest feature is in its cinematography and direction. They ironically subtly and obviously confront the viewer of personal and societal issues, etc. Thus, the viewer has to pay extra attention to the focus of each scene (from the turtles to the laundromat, etc.) to understand its underlying message. Else, the movie will just turn out to be ordinary.

Actors Ryza Cenon and Martin Del Rosario, together with Vangie Labalan, convincingly takes the audience to familiar emotions of loss and love.

The ending is familiar, but the viewer can freely assume what happens next.

The lack of giving a glimpse of the mysterious past of Jewel (Cenon) can either be viewed as a loophole or restraint. The loophole view is a common and self-explanatory observation. On the other hand, the restraint gives the audience to creatively fill the gaps and discuss (or remember with interest) this certain myth of our rich Filipino literature.

– – – – –
Ang Manananggal sa Unit 23B is an entry to the Pista ng Pelikulang Pilipino (2017) as announced by The Film Development Council of the Philippines (FDCP).