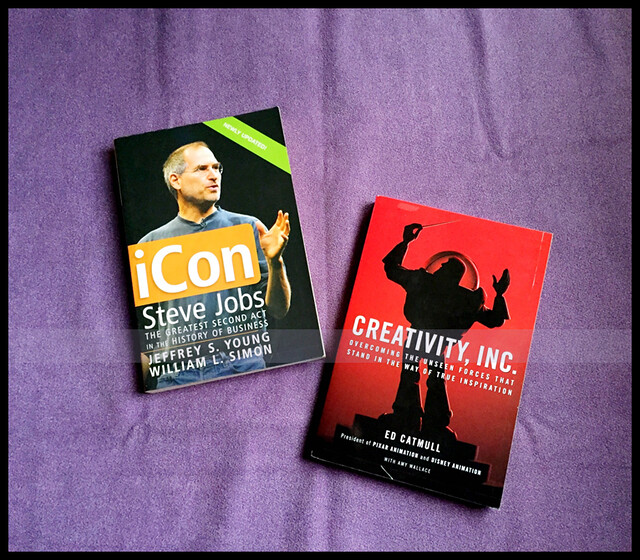 As I was about to finish reading Creativity, Inc., I remembered a book I read years ago, iCon. Steve was still alive when the book was published and when I read it. The book was written from a business perspective which included some information about Pixar.

I have read several writings about the virtuoso, Steve Jobs, and for most, he was often described as emotionally stone-deaf. While Creativity, Inc. is not all about Steve, Ed Catmull, one of the incredible pioneer trios (John Lasseter, Steve Jobs) at Pixar, described Steve in the book’s Afterword, The Steve We Knew, in a manner for which would give one a glimpse of an extraordinaire with a heart.

Creativity, Inc. overflows with lessons on leadership, teamwork, and loyalty. It is unconventional yet proven, observant, and risk calculating. The starting points may not be acceptable for everyone but should be considered as gateways to openness, discussion, reflection, and hopefully, change. Albeit the flaws of human interaction, it inspires the reader to forge on a culture of creativity, confidence, and respect.